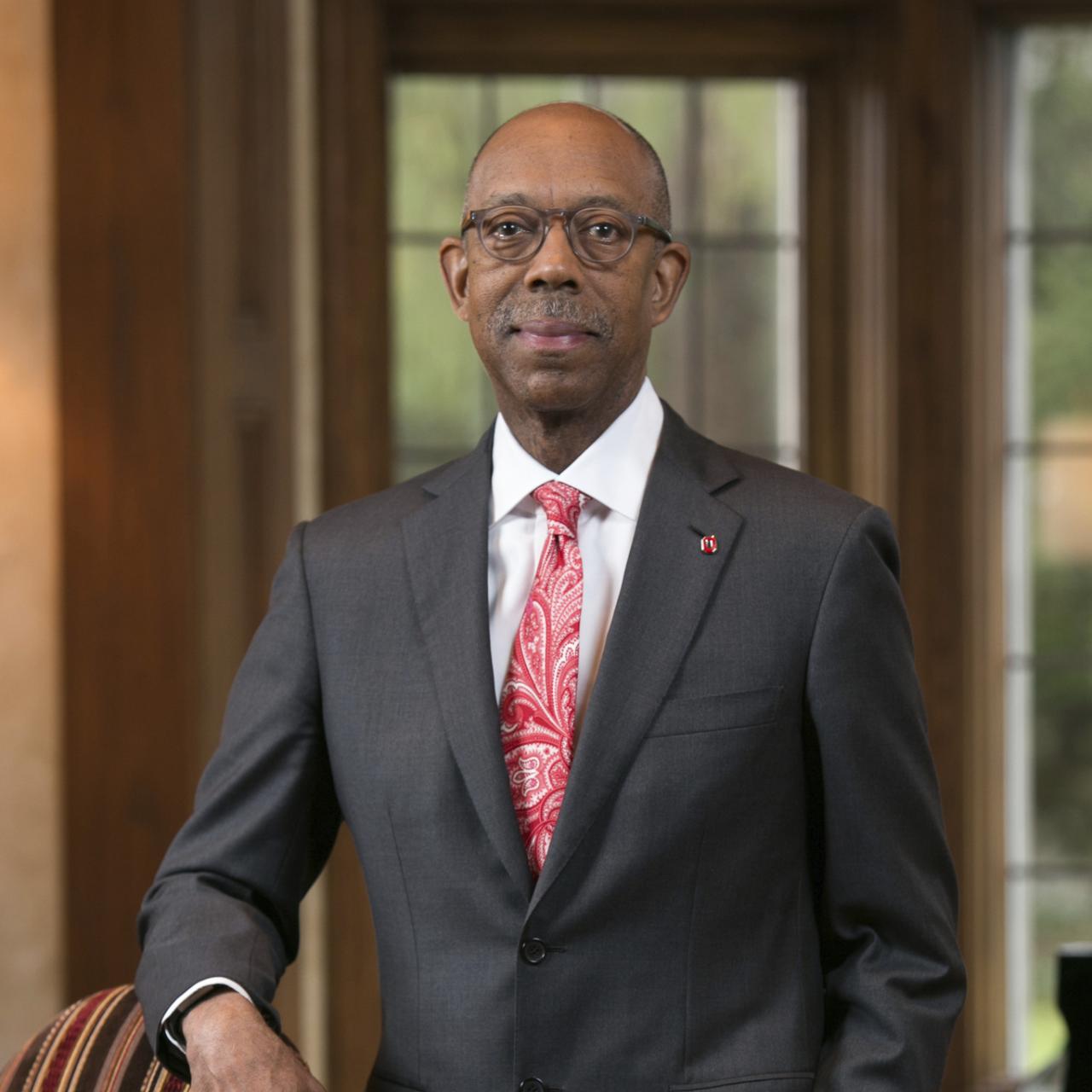 Dr. Michael V. Drake is the 15th president of The Ohio State University.

During his tenure, the university has seen record highs in applications, graduation rates, academic excellence, diversity and donor support. Additionally, it has received national recognition for its commitment to teaching and learning as well as excellence in patient safety and clinical outcomes at the university’s Wexner Medical Center.

Dr. Drake has been a leader in higher education for nearly four decades, serving as chancellor of the University of California, Irvine, for nine years prior to Ohio State. Under his leadership, UC Irvine became recognized nationally for advancing social justice through higher education and exemplifying environmental stewardship and institutional sustainability.

He is an elected member of the National Academy of Medicine and the American Academy of Arts & Sciences. He is chair of the Association of American Universities, chair-elect of the Association of Public and Land-grant Universities and vice chair of the Big Ten Conference Council of Presidents/Chancellors. Dr. Drake also holds leadership roles for the University Innovation Alliance, American Talent Initiative, National Collegiate Athletic Association and Rock & Roll Hall of Fame.