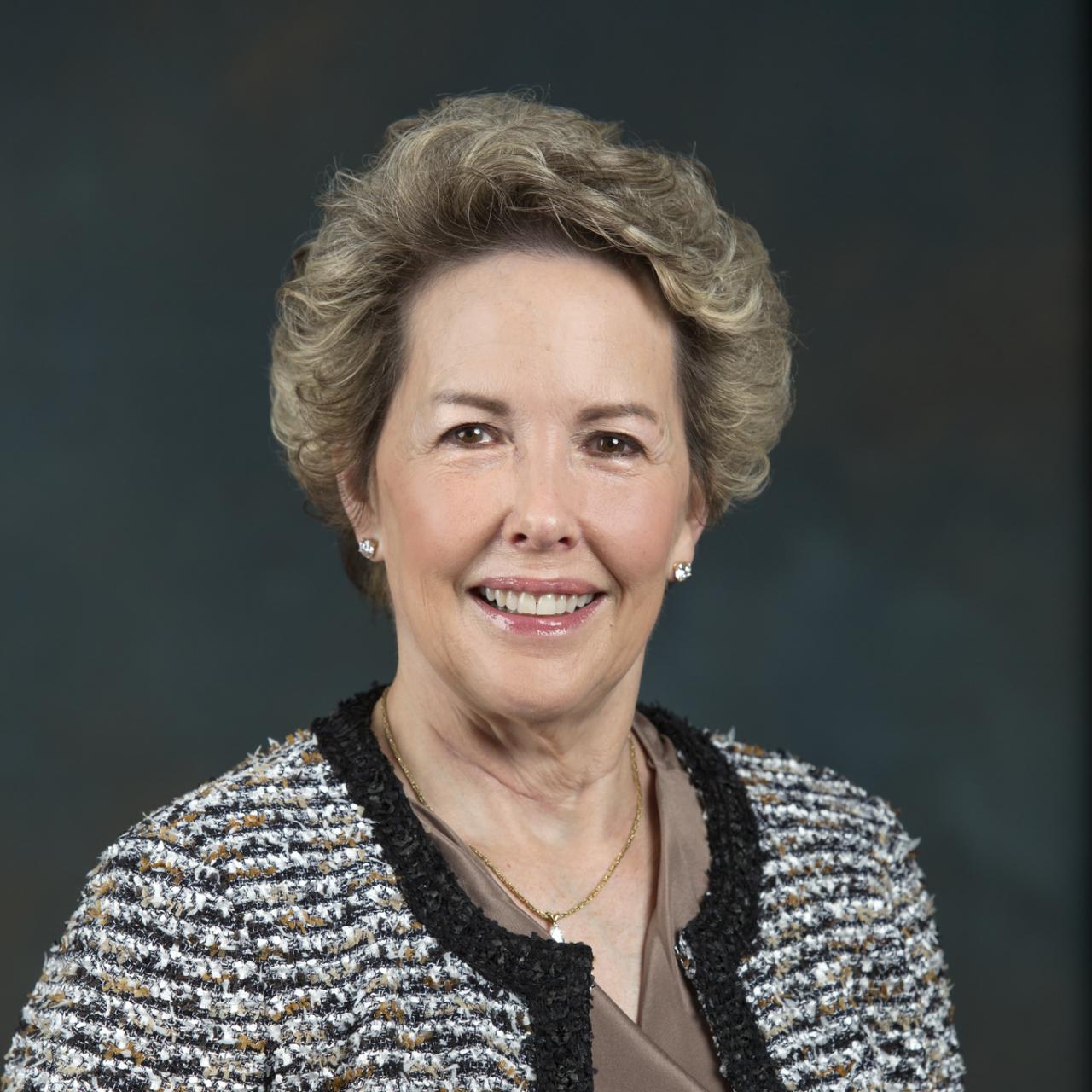 Gifford Weary, an Ohio State Faculty member since 1978, was elected to The Ohio State University Foundation Board in 2012. In August 2014, she retired as the dean of Social and Behavioral Sciences in the College of Arts and Sciences. Currently, Dr. Weary serves as a professor emeritus of Psychology and as chair of the Foundation Board’s Directorship and Nominating Committee.

Dr. Weary served as chair of the Department of Psychology from 2002-08 and as dean from 2008-14. She received the university’s Distinguished Scholar award in 1984, and the Distinguished Lecturer Award in 2000. She has been elected to Fellow status in five professional organizations. In 1998, she served as president of the Society for Personality and Social Psychology. She earned her PhD and master’s degree from Vanderbilt University and her bachelor’s degree from the University of Kansas.

Dr. Weary, her husband David J. Angelo, and The Weary Family Foundation endowed the Robert K. and Dale J. Weary Chair in social psychology and are generous supporters of the Department of Psychology. They endowed the chair because they wanted to ensure a program that has been the best for 50 years continues at that level nationally and internationally.

“Ohio State had the top program and I wanted to be at the top program,” she says, adding that new academic leaders in the 1980s took her department and the university to new heights. “There was an eye on excellence in everything we did. Excellence and elevating the profile of the institution. There was an intellectual vibrancy that sustained me and inspired what I was doing.”

Dr. Weary and Mr. Angelo were inducted into the Oval Society in June 2012.  They reside in Columbus.