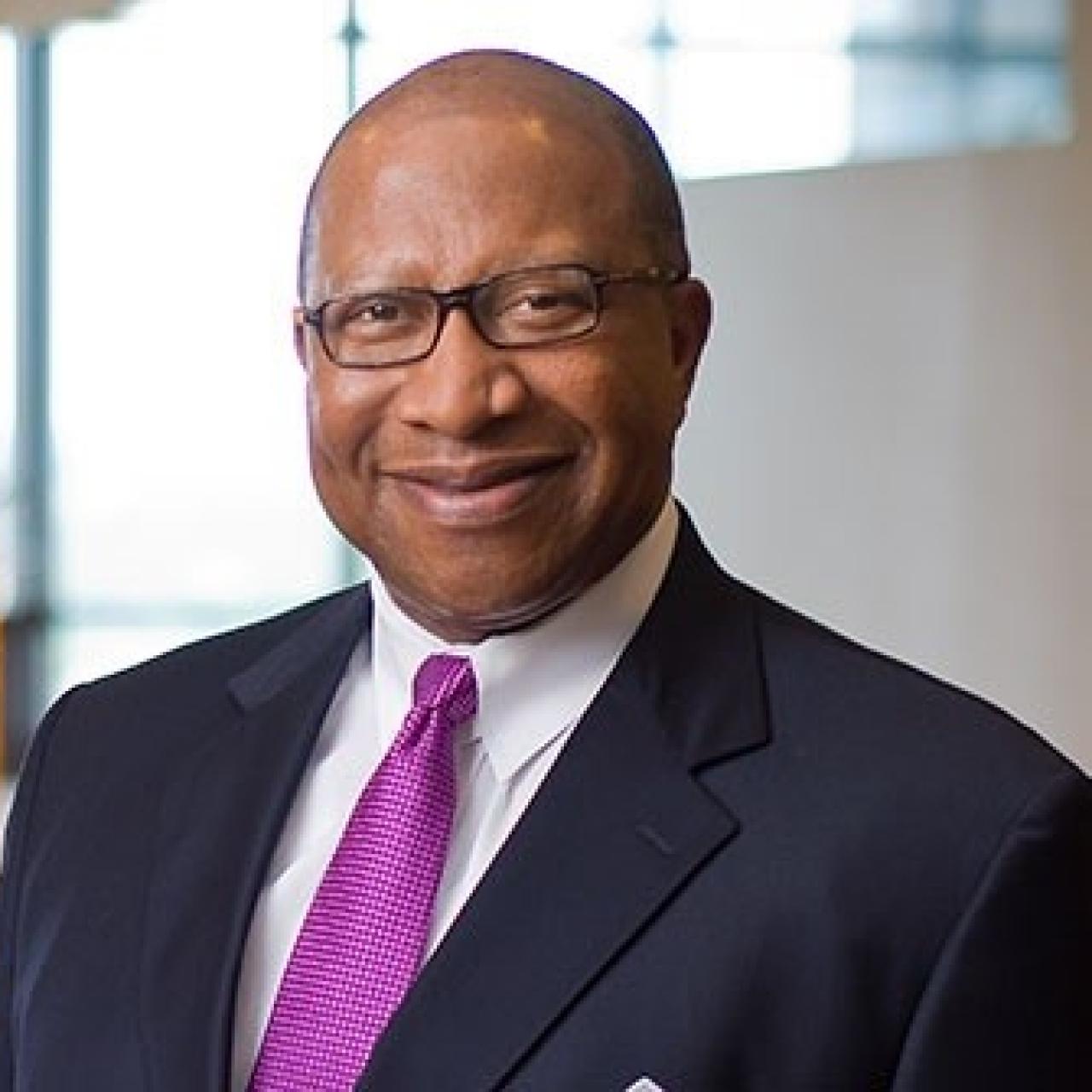 Alex Shumate is the managing partner of the Columbus office of the international law firm of Squire Patton Boggs (US) LLP, where his duties include providing strategic and operational guidance in pursuing new business opportunities regionally, nationally and internationally, and in addressing issues that arise from the firm’s North American offices. He is consistently selected by his peers for inclusion in the annual Best Lawyers in America, including being named Best Lawyers’ 2017 “Lawyer of the Year” for Columbus, OH Administrative/Regulatory Law, and as an Ohio Super Lawyer.

Mr. Shumate is in his third term as a member of The Ohio State University's Board of Trustees. He has performed two terms as chairman of the board from 1997-98 and 2016-18, and one term as vice chair from 2011-12. During his time on the board, Mr. Shumate has twice served as chair of the university’s Presidential Search Committee.

He received his Bachelor of Arts from Ohio Wesleyan University and his Juris Doctor from the University of Akron. He is a recipient of the Outstanding Alumni Award from the University of Akron School of Law and was named a Distinguished Alumnus by Ohio Wesleyan University. Before joining Squire Patton Boggs, he served as chief counsel and deputy chief of staff to the governor of the state of Ohio and as assistant attorney general for the state of Ohio.

Mr. Shumate has been honored by organizations including the Columbus Bar Association, the United Negro College Fund, the United Way, the NAACP, the Ohio General Assembly, Capital University Law School, and The Ohio State University Moritz College of Law. In 2003, he was named Humanitarian of the Year by the American Red Cross. In 2007, he received the Columbus Award, the most prestigious award given by the Columbus Chamber, for outstanding business and community leadership. He is also a recipient of The Ohio State University Distinguished Service Award, the John B. Gerlach Sr. Development Volunteer Award from The Ohio State University Foundation, the Jewish National Fund Tree of Life Award and the Robert S. Crane Jr. Trusteeship Award from Leadership Columbus.  In recognition of his leadership in the law, business and community, he was selected by Who’s Who Publishing as its 2017 Lifetime Achievement Award recipient.

Mr. Shumate lives in Gahanna, Ohio, with his wife, Renee, and they have two sons, John Alexander and Aaron Michael.